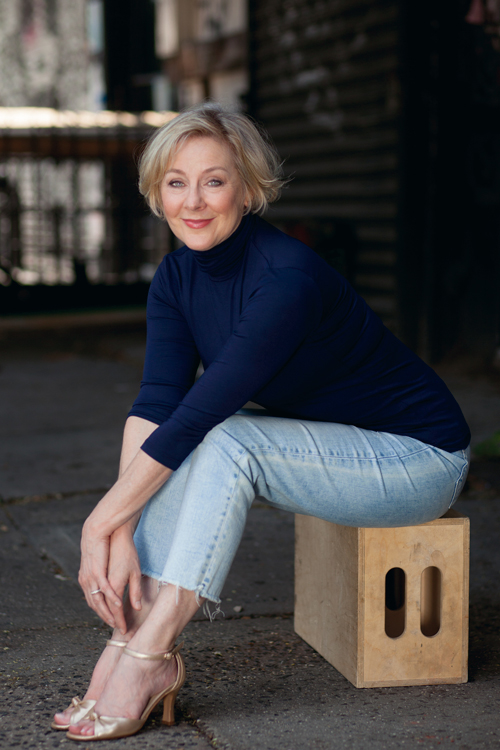 Dismissing anyone’s attempt to lock her into a neat little box, Jane Labanz is renowned for combining her many sets of skills.

Jane Labanz has performed as an actress, singer and dancer on Broadway, at Lincoln Center, The Kennedy Center, Radio City, in First National Tours, and in regional theatres including Arena Stage, Cincinnati Playhouse in the Park, and Walnut Street Theatre.

Jane created the role of “Older Winnie” in the World Premiere of the musical, Tuck Everlasting, directed by Casey Nicholaw, at the Alliance Theatre in Atlanta, followed by a run portraying “Clelia” in the comedy, The Nerd, at the Totem Pole Playhouse. Other recent roles include  “Alison Barrett” in the American Premiere of Love Story at Walnut Street Theatre, “Brooke” in Noises Off, “Mona” in Dames at Sea, “Violet” in 9 to 5, “Mrs. Nordstrom” in A Little Night Music, “Ginger” in The Best Little Whorehouse in Texas and “Louise” in Always Patsy Cline.

Jane studies acting with Tim Phillips. She has a degree in piano, and a Master’s Degree in Conducting from Cincinnati Conservatory, and also plays mallet instruments and percussion toys. Labanz co-produced her solo album, entitled Moon Garden, featuring a small orchestra of 13. She composed the title track and arranged many others and performs her solo concert across the country.

The unusual blending of Jane’s many talents was featured on the cover of the Job Market section of the New York Sunday Times.  She has been honored as a Small Business Association Success Story, contracted to record podcasts for SBTV.